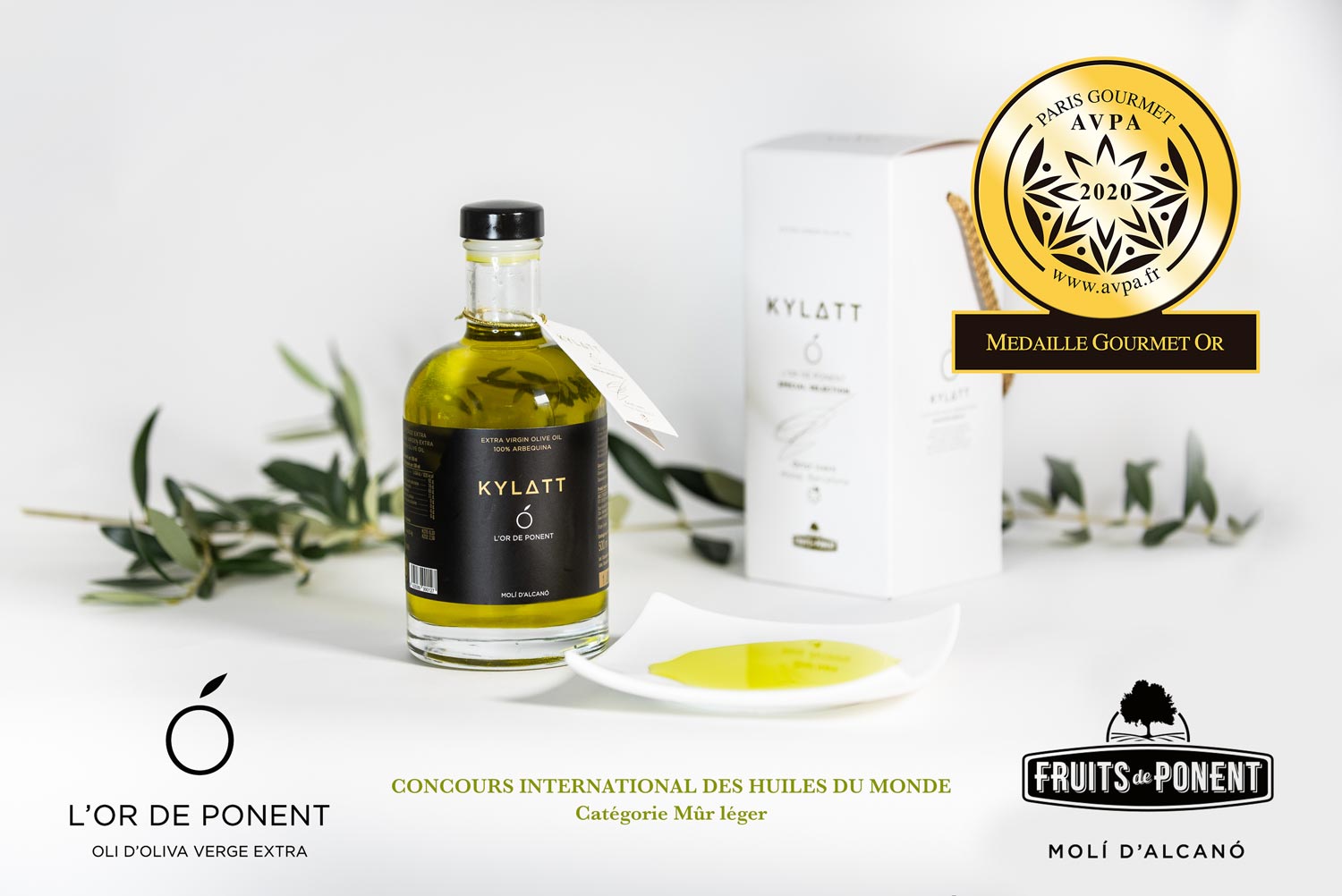 The oil KYLATT, by Molí d’Alcanó, wins the Gold Gourmet Medal in Paris

The extra virgin oil KYLATT, by Molí d’Alcanó (Fruits de Ponent Group), has been awarded the Gold Gourmet medal by the Association for the Valorisation of Agricultural Products (AVPA) based in Paris, France. In a ceremony broadcast through YouTube, due to the health crisis, AVPA announced the winning oils in the different categories last Thursday.

KYLATT-L’Or de Ponent, with the seal of the Protected Designation of Origin Les Garrigues, has received the Gourmet Gold medal in the category of Light Mature oils, competing against oils from the main producing countries: Spain, Italy, Greece, Portugal, Algeria, France and Morocco. A jury comprised of experts in tasting, gastronomy and production have selected this oil by Molí d’Alcanó – an extra virgin made from 100% arbequina olives – because of its balance between different organoleptic properties. The competition involves three phases, in which the jury selects the best oil samples before arriving at a final tasting (third phase) where a new jury issues the final score for the concession of one of the three medals: Gold, Silver, Bronze or a “gourmet” diploma.

KYLATT oil is made from selected arbequina olives from the orchards of member farmers in Alcanó and was produced before the true start of the harvest season. It went through a meticulous production process, in which the Michelin Star Chef Oriol Ivern, from the restaurant Hisop in Barcelona, also participated, performing the initial tastings and guiding Molí d’Alcanó towards finding the appropriate balance.

In the AVPA competition – which in previous editions was usually held in one of the event rooms of the Paris City Hall – more than 300 samples of oil from all around the world have participated, and it represents one of the main international competitions designed to showcase quality oils.

El Molí d’Alcanó – or the Mill of Alcanó, located in the town of the same name in the province of Lleida and part of the Fruits de Ponent Cooperative Group – is sustained by a network of member producers and included within the Protected Designation of Origin Les Garrigues. The other brand of extra virgin oil which the Mill produces and markets is L’Or de Ponent. 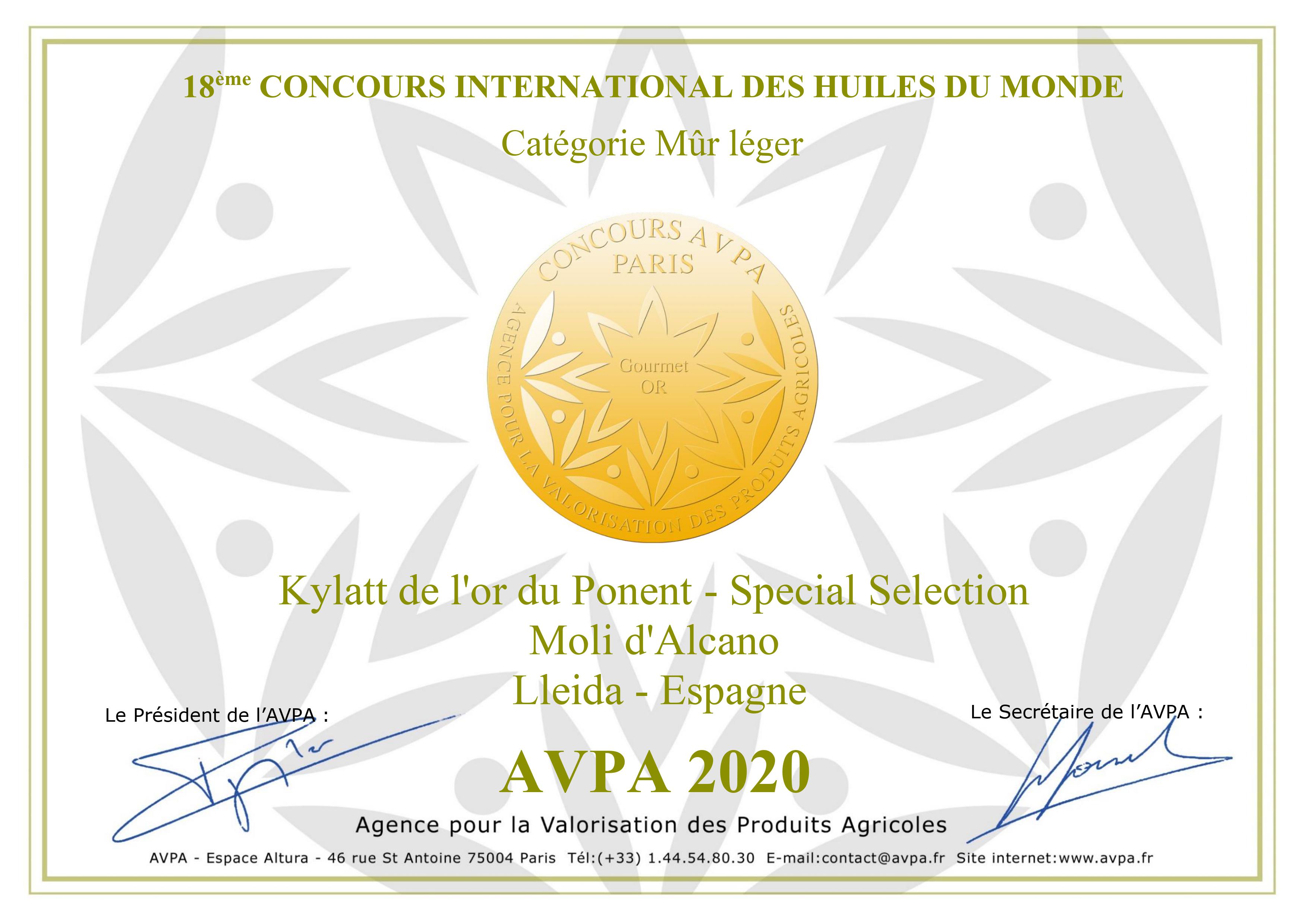