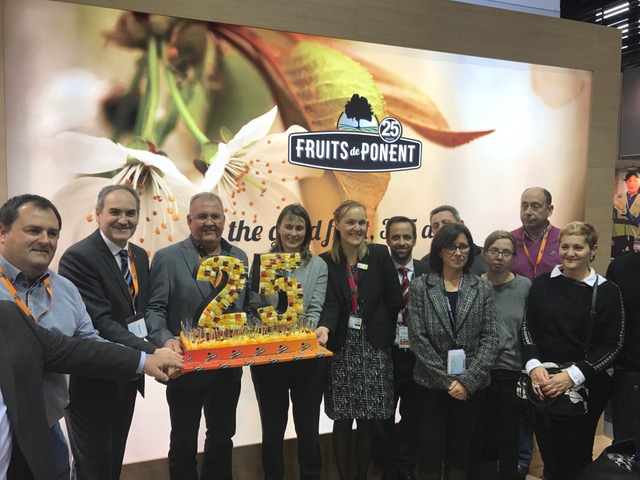 Thursday at its stand in Fruit Logistica, Fruits de Ponent celebrated its 25th anniversary with institutions and professional clients and for all these years of being present at this fruit sector international showcase. The Minister of Agriculture, Meritxell Serret, was present, along with the directors of Fruit Logistica, also celebrating its 25th anniversary, who wanted to "share" in a celebration with one of the companies that has been loyal to the event. The president of Fruits de Ponent, Sebastià Escarp said that Fruits de Ponent today is a well known and prestigious company in Europe, thanks to the internationalization work that the group has carried out and that has resulted in exporting to four continents.

A the reception at the stand of the Cooperative Group, Madlen Miserius also attended, Product Manager at Fruit Logistica, an event that she wanted to be present at, also her birthday. A new feature of this year's fair was the presentation to professional clients of the exclusive marketing of the OKI flat peach brand, for the next campaign, a fruit that wants to conquer the shelves of European countries next summer. Fruits de Ponent is celebrating 25 years in 2017, which now has a fruit production of about 65 million kg per year, being the leader of the EU in stone fruit. Currently, the Cooperative Group has a catalogue of fruit 365 days a year. 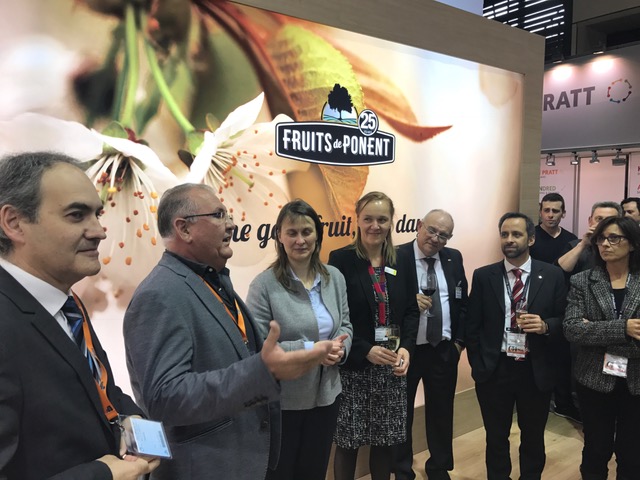 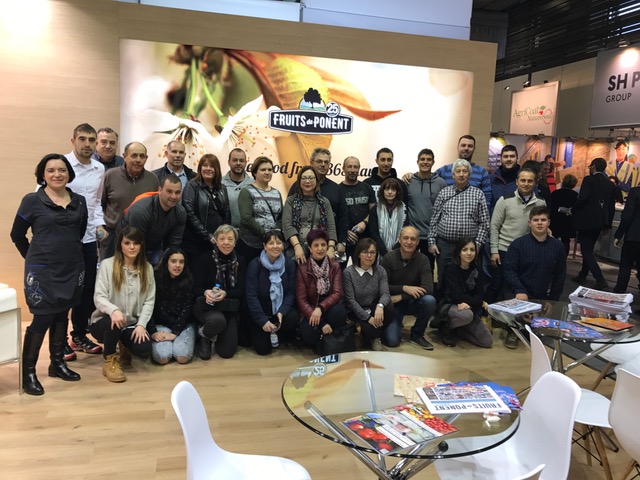 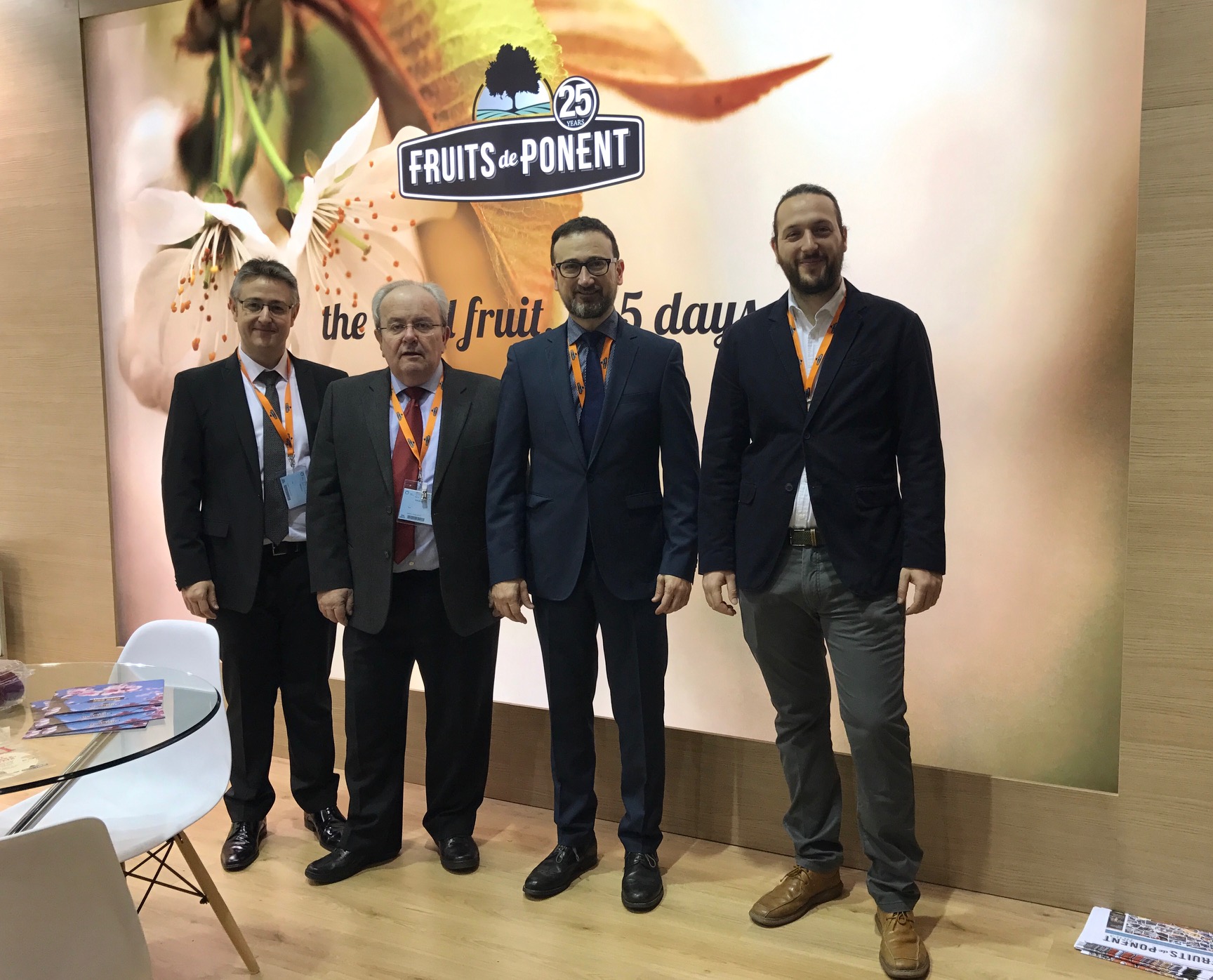 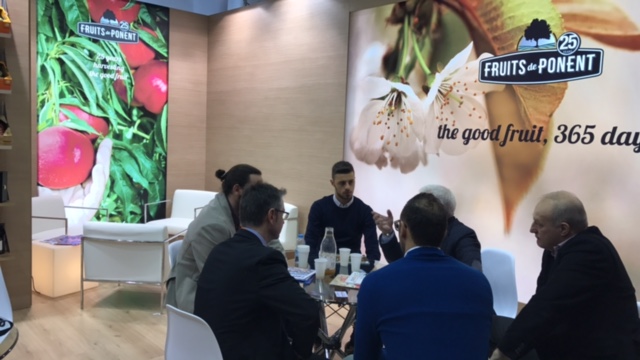