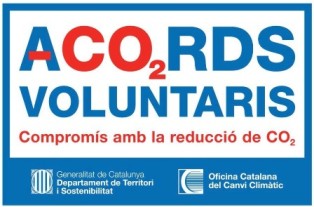 Fruits de Ponent Grup Cooperatiu has once again validated its commitment to the Climate Change Office of the Generalitat de Catalunya through its programme of Voluntary Agreements, after which various actions to reduce greenhouse gas (GHG) emissions are carried out in its Processing Centre.

The Cooperative Group stated in the record that this makes us public as one of the companies established in Catalonia that is already contributing to the reduction of these emissions. Fruits de Ponent has been applying in recent years various plans of action to carry out a drastic reduction in energy consumption. One of the last actions committed to was implementing a lighting system via sensors, which are activated only in the presence of people.

The validation of these agreements shows the will of the Cooperative Group in being active in the preservation of our environment and advancing in clearly sustainable management.