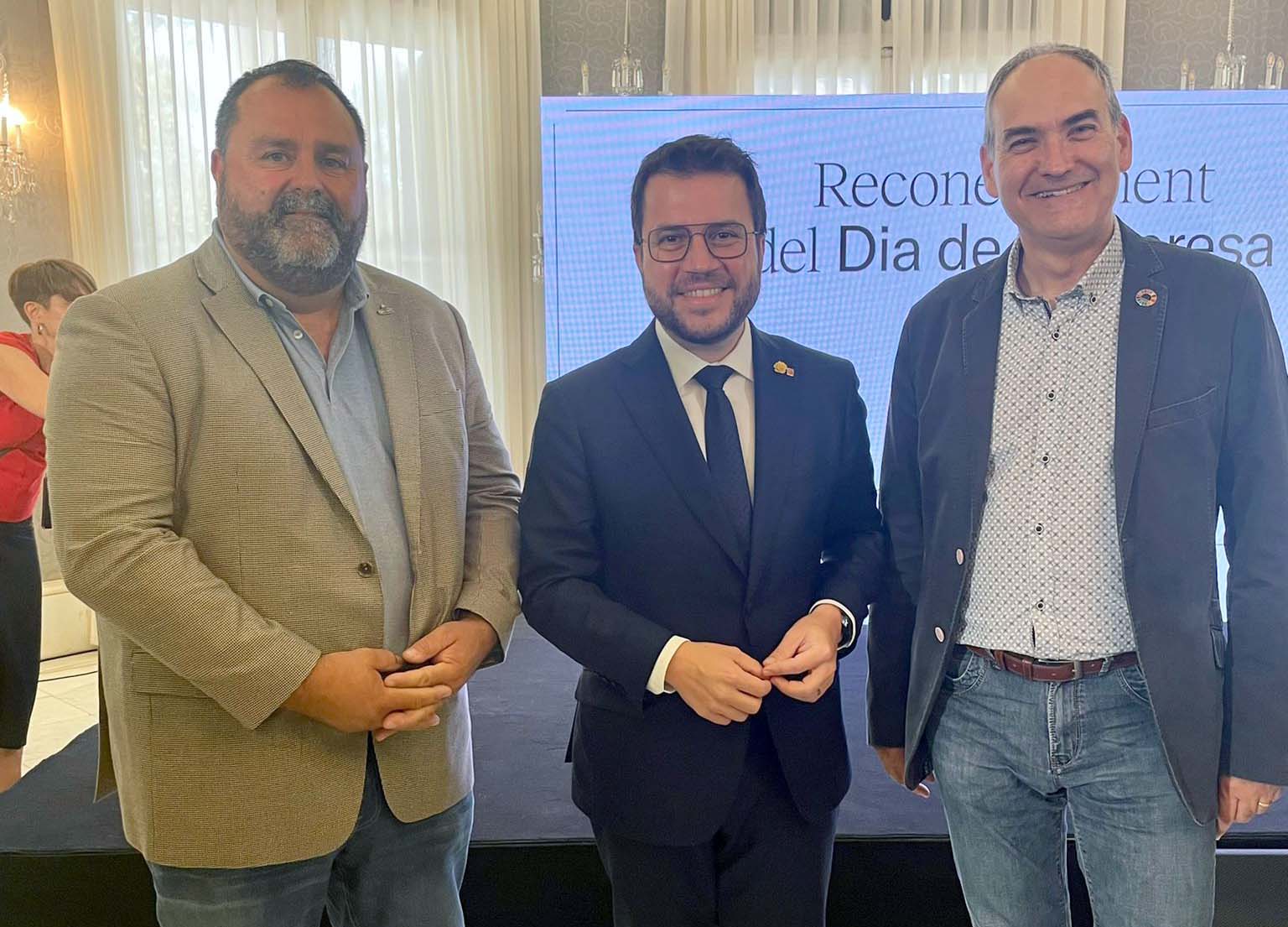 Fruits de Ponent, finalist in the Companies of the Future Present 2022 award

The Fruits de Ponent Cooperative Group has been one of the finalists in the Companies of the Future Present 2022 contest, awards framed within the Company Day that was organized for the first time by the Department of Labor and Business of the Generalitat and that this year has been carried Veritas.

The award was presented this Tuesday at a ceremony held in Barcelona under the presidency of the President of the Generalitat, Pere Aragonès, and which was also attended by Roger Torrent, Minister of Business and Labor, and in which Fruits de Ponent was represented by its president, Benjamí Ibars, and by its CEO, Josep Presseguer.

Fruits de Ponent was one of the ten companies selected as finalists for these awards, a choice that had been made based on its cooperative, sustainable values ​​and commitment to territory and equality.

This was the first edition of the Company Day, which within the Companies of the Future Present 2002 section distinguished business initiatives with values, which put people at the center, promoting a balance between business competitiveness and social awareness. It is for this reason that companies had been selected, including Fruits de Ponent, with a positive impact on society, and that contribute to building a fairer, greener and more equitable economy, with strategies with shared value, centered on people, the territory and the environment, and that generate greater opportunities in the communities in which they are developed.