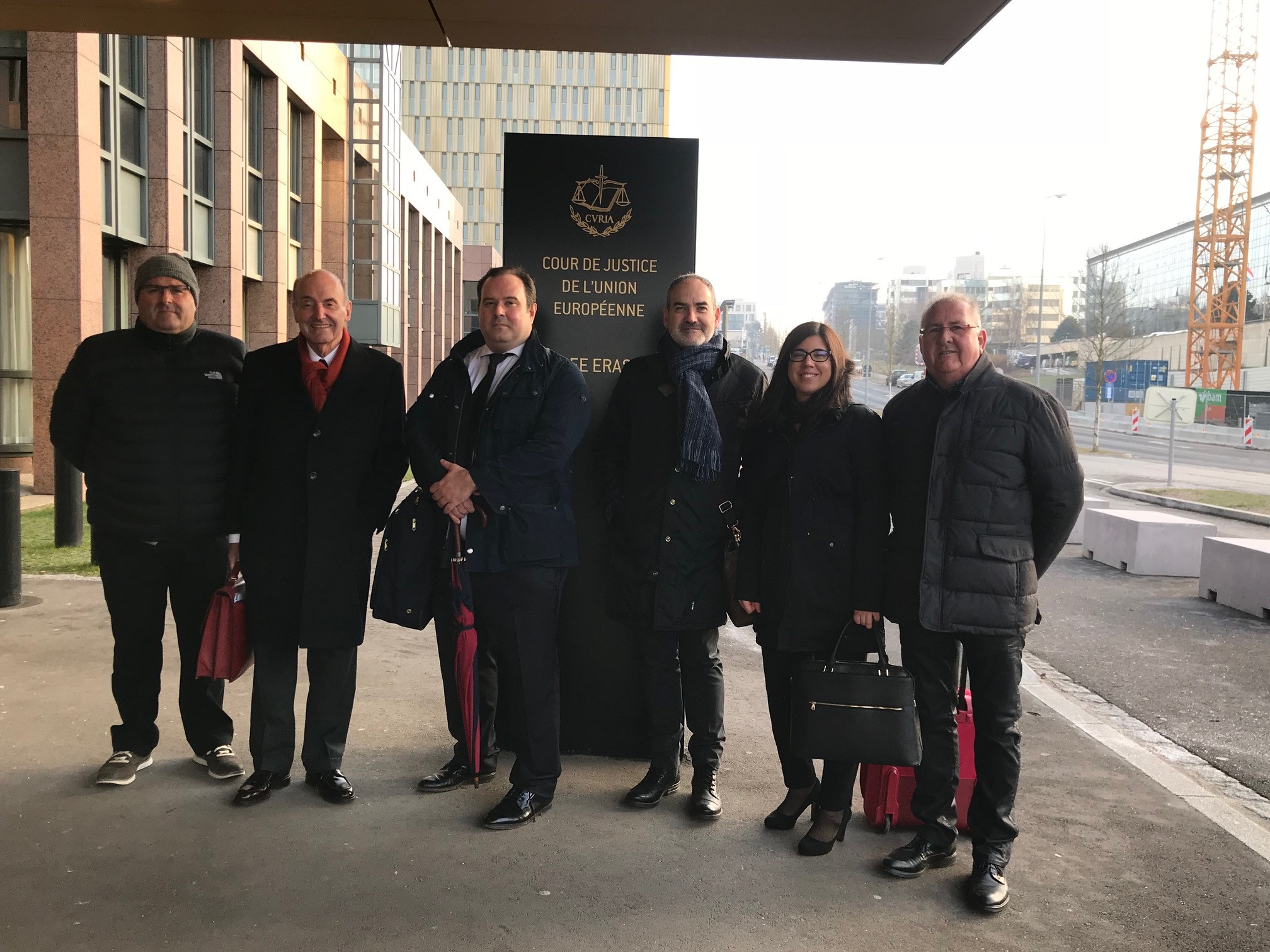 FRUITS DE PONENT defends before the General Court of the European Union the interests of its cooperative partners for the losses caused by the so-called "Russian veto" and the price drop during the 2014 campaign.

FRUITS DE PONENT defends before the General Court of the European Union the interests of its cooperative partners for the losses caused by the so-called "Russian veto" and the price drop during the 2014 campaign.

The hearing before the Court in Luxembourg in which the Cooperative Group asks the European Commission for the inefficient and late reaction of the measures taken to deal with the crisis in the sector.

On Tuesday, 20 February, 2018 the General Court of Justice of the European Union in Luxembourg holds the hearing of the appeal brought by Fruits de Ponent Grup Cooperatiu against the European Commission for the measures it adopted in August 2014 to face the disturbances of the pineapple fruit market (price decline and border closure to export to Russia "Russian veto").

The defence of the Cooperative Group, carried out by the firm Roca-Junyent and headed by Mr. Miquel Roca Junyent, by the lawyer Miquel Roca Junyent and his team, requests the General Court to condemn the European Commission to repair the negative consequences that affected the cooperative members (specific cases have been presented that serve as a basis for the lawsuit) with the consequent economic loss during the 2014 campaign, since, it is understood, that the Commission did not act diligently and effectively.

In the appeal, the Cooperative Group alleges that the European Commission, in August 2014, "acted late" when dealing with the serious disturbances of the market. In addition, it used correction mechanisms that months before the Commission itself had 'labelled' as inappropriate and ineffective. Likewise, it did not adopt the appropriate measures (it did not gather adequate information about the markets, the steps to withdraw were not the correct ones to deal with the crisis that was generated) and, by means of its actions and omissions, the Commission committed a Violation of the norms that are intended to confer rights on individuals, such as: the principle of due diligence, the principles of assistance and protection, the principle of good administration and, ultimately, the principle of interdiction of arbitrariness, that is, the actions that activated were arbitrary and not in defence of the interests of the entire sector.

With this demand, Fruits de Ponent also intends –besides defending the interests and rights of its producing partners– to highlight at the behest of Europe the serious crisis affecting the sector from the 2014 campaign, which has led to losses in the millions, in addition to the disappearance of many farms.