The Minister of Agriculture, Fisheries and Food, Luis Planas, visits the headquarters of the Cooperative Group Fruits de Ponent 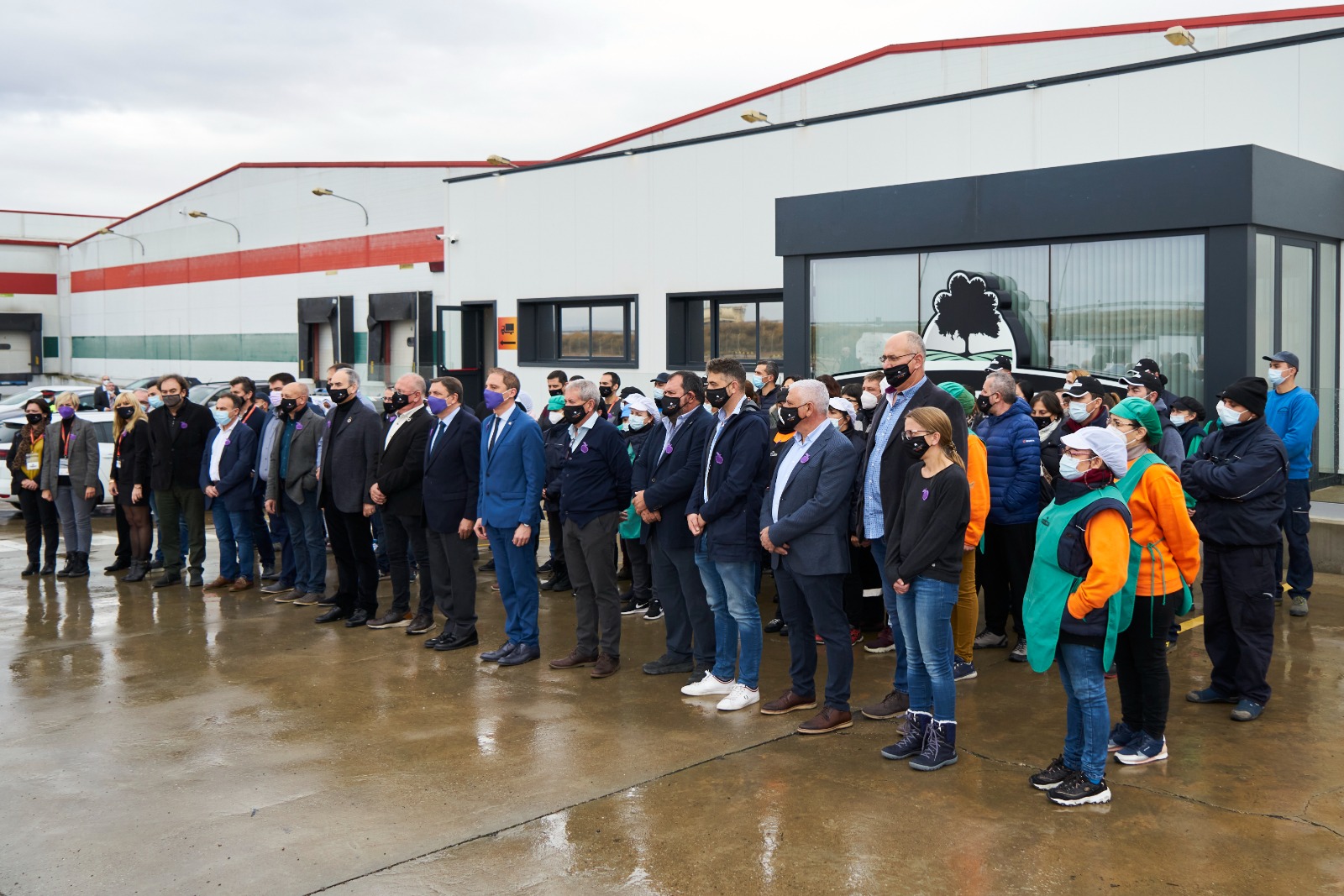 The Minister of Agriculture, Fisheries and Food, Luis Planas, visits the headquarters of the Cooperative Group Fruits de Ponent

The Minister of Agriculture, Fisheries and Food, Luis Planas, visited the headquarters of the Fruits de Ponent Cooperative Group in Alcarràs, where he got to know first hand the wide structure of the group, its commitment to the sector and territory, the commitment to sustainability and energy efficiency, and the new product catalog.

Luis Planas was received by the president of Fruits de Ponent group, Sebastià Escarp, and by the CEO, Josep Presseguer, as well as members of the Governing Council and the management committee of the different cooperatives that make up the group. Before entering the Fruits de Ponent premises, a minute of silence was observed on the occasion of the International Day for the Elimination of Violence against Women and in memory of the victims in a symbolic act where workers of the group have also been present.

During the visit, the Minister received all kinds of details about the activity of the Fruits de Ponent group, emphasizing the fact that it is a cooperative group with different business areas and a very large volume of activity.

In this sense, it has been noted that the product catalog has been expanded and that the group has two agro-shops, and emphasis has been placed on the prominence and strength of the partners, which translates into a maximum level of democracy. internal and participation of partners in key decisions. In fact, the purpose of the group is for farming partners to be competitive and maintain the viability of their business through fair prices for all actors in the food chain.

One of the aspects that has been transferred to Luis Planas is the importance of guaranteeing the generational change in the field, and that this sector, today, with the times of pandemic, must be fundamental in the economic and social development, and to help drive recovery.

In the same way, the group's determined commitment to sustainability in the social, economic and environmental fields has been highlighted, with notable advances in the field of energy efficiency derived from the reduction of plastics and CO2 emissions. energy savings through the use of solar panels and electric vehicles, water expenditure control and waste management. All with a determination to achieve the Sustainable Development Goals (SDGs) of the 2030 Agenda and the Global Compact.

Luis Planas was also informed of the collaborations of the Cooperative Group in projects and with social and solidarity entities, aspects that contribute a differential value to Fruits de Ponent group and that make his Foundation one of the fundamental axes of the project . So are the group’s efforts to drive research, development and digitalisation, to expand quality standards and product offerings year after year, and also, in a special way, to promote healthy consumption habits. 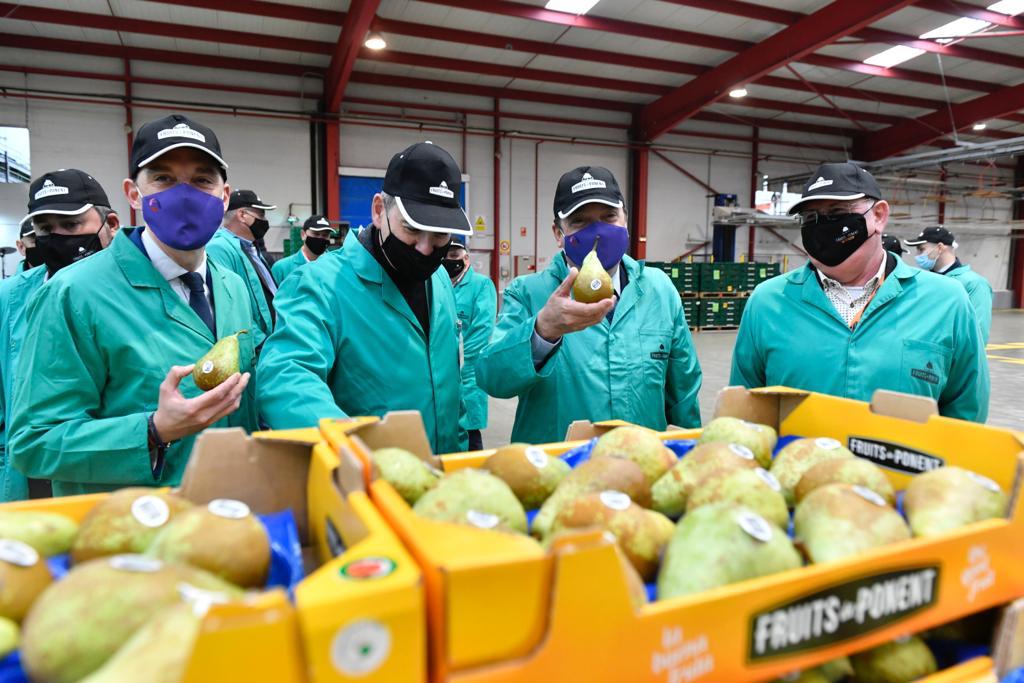 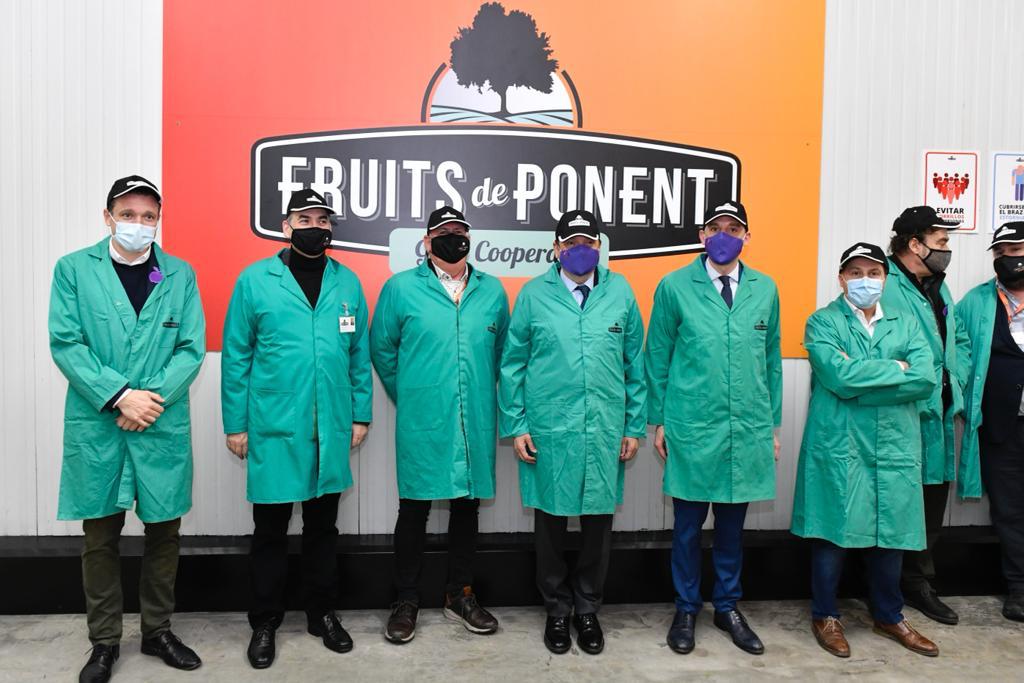 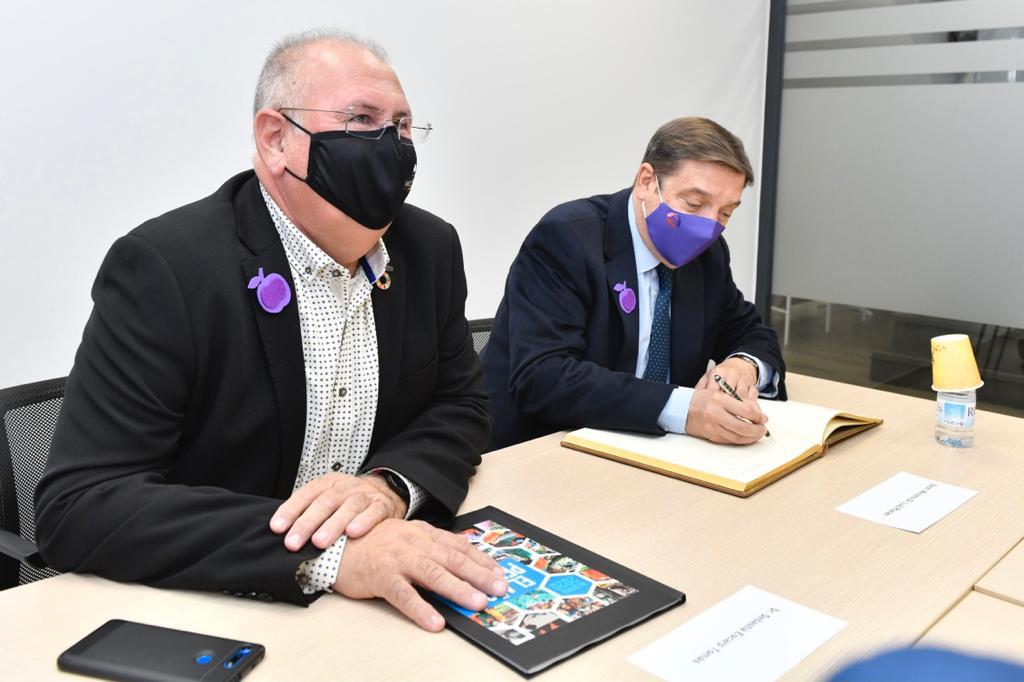