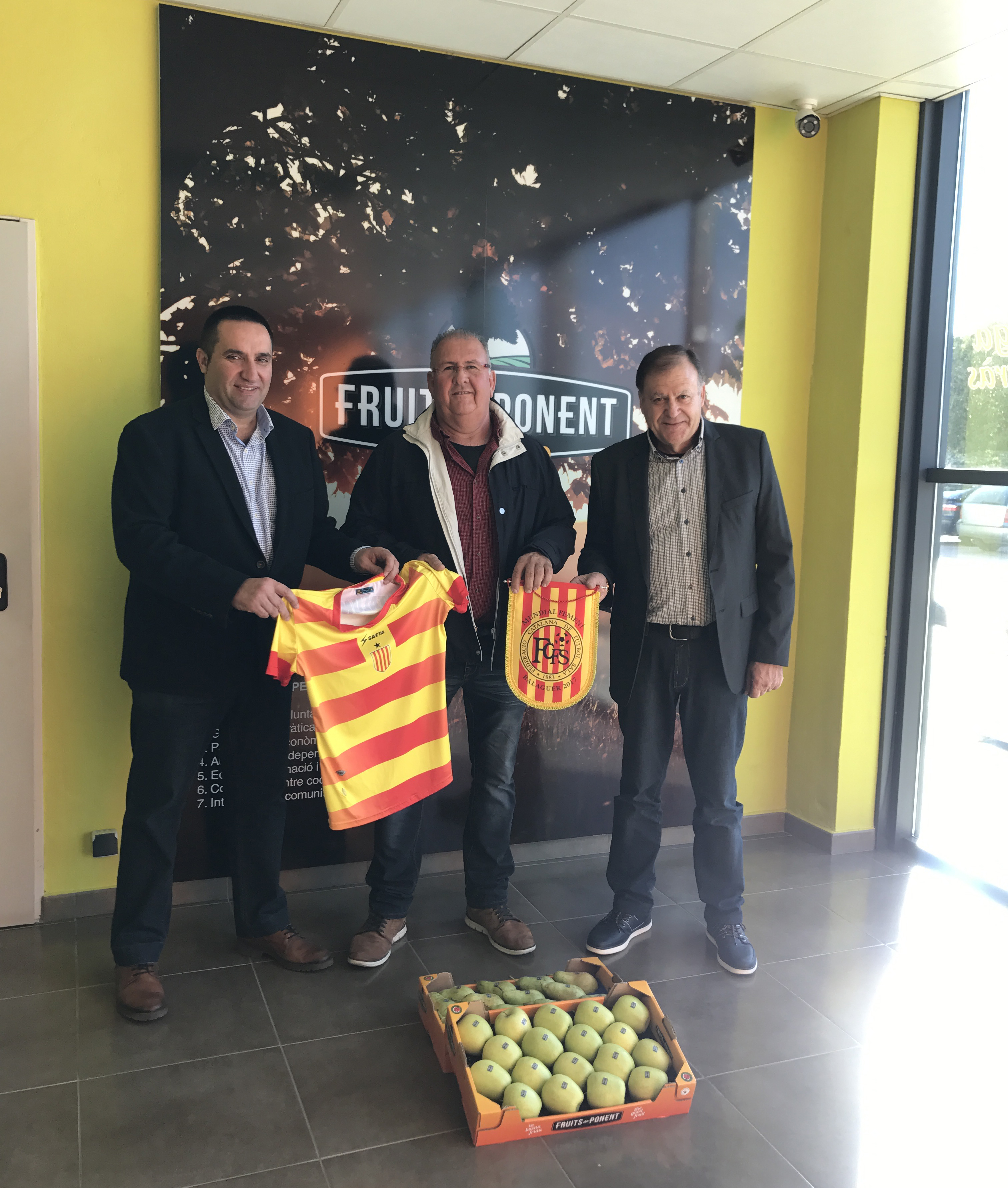 Fruits de Ponent Grup Cooperatiu will collaborate with the Feminine Women's Football World Championship to be held in Balaguer from November 19 to 25, providing fruit and fruit juices to the players of the 12 teams from different countries around the world.

The president of Fruits de Ponent, Sebastià Escarp, and the president of the Catalan Federation of Indoor Football, Dani Vives, today signed this collaboration agreement, so that the cooperative with its headquarters in Alcarràs will contribute for each day of the week during the competition fruit for the breaks or end of the game, so that players can also “taste” one of the genuine products of the Lands of Lleida, such as apple and pear.

The collaboration aims to contribute this added value by showing the quality of fruit from Lleida to teams around the world such as the United States, Australia, Paraguay, South Africa, Colombia, Brazil, China, etc. In addition, the Group supports a high level competition that increasingly has more fans around the world and also girls that play this sport, be it football and/or indoor football.