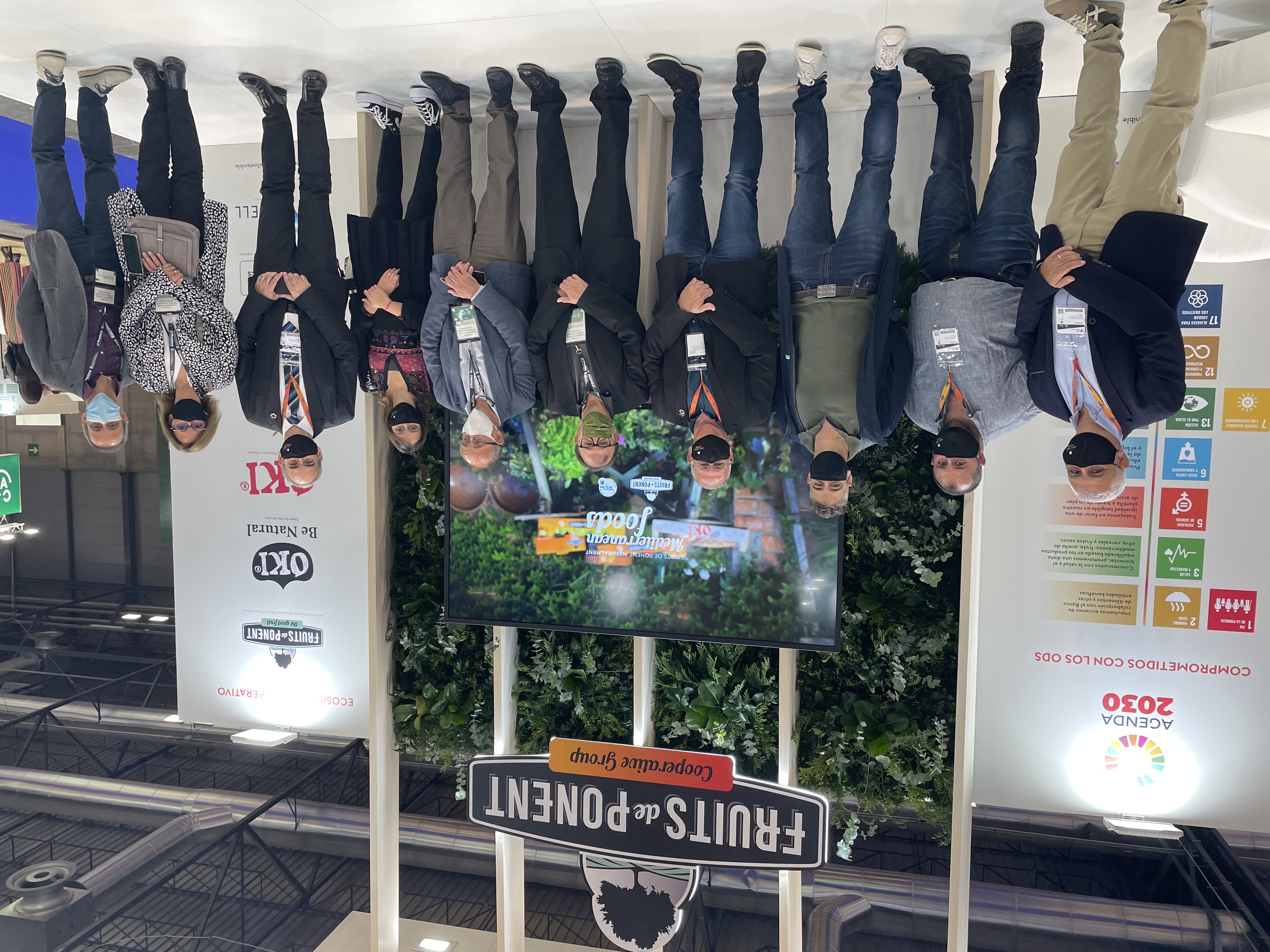 Fruits de Ponent Cooperative Group has reaffirmedffirm its commitment to sustainability and to the Sustainable Development Goals (SDGs) of the 2030 Agenda in the second day of Fruit Attraction.

Fruits de Ponent's agenda at Fruit Attraction is being very intense. The benchmark fair competition in the fruit and vegetable sector started yesterday at IFEMA-Feria de Madrid and will close its doors tomorrow, but today, one of the meetings in which Fruits de Ponent has participated has been on the occasion of the visit of the members of the Consell Rector de Camp d'Alcarràs and Secció de Crèdit of the Cooperative Group, as well as a representation of the Departament d'Acció Climàtica, Alimentació i Agenda Rural headed by the Secretary of Food, Carmel Mòdol, the general director from Empreses Agroalimentàries, Qualitat i Gastronomia, Joan Gòdia, and the managing director of Promotora d'Exportacions Catalanes (Prodeca), Ramon Sentmartí.

Fruits de Ponent has been part of this network since 2017 and does so actively, with a firm commitment to sustainability as an environmental, social and economic objective, according to which all the activity generated by Fruits de Ponent must be beneficial for the planet and for people. The meeting held today within the framework of Fruit Attraction has served to value and strengthen the commitment of the sector's partners with sustainability, with the SDGs, and with the United Nations Global Compact, since working in partnership has always been one of the key levers to drive the achievement of the SDGs.

In this sense, we must remember the actions of Fruits de Ponent for the deployment of the SDGs, such as: promoting collaborative actions with the Food Bank and other charities (objectives 1, end of poverty, and 2, zero hunger ); promote a balanced diet based on Mediterranean products (3, health and well-being); work towards tangible equality in the workforce through an action plan (5, gender equality); promote efficient water saving through artificial intelligence and big data (6, clean water and sanitation); use green energy thanks to solar panels that ‘feed’ the entire industrial process, thus avoiding releasing, annually, more than 270 tons of CO2 (7, affordable and non-polluting energy, and 13, climate action); work to reduce food waste by reusing our products (12, responsible production and consumption); and be governed by the cooperative DNA of the company, which implies objective 17: establish alliances to achieve the objectives.