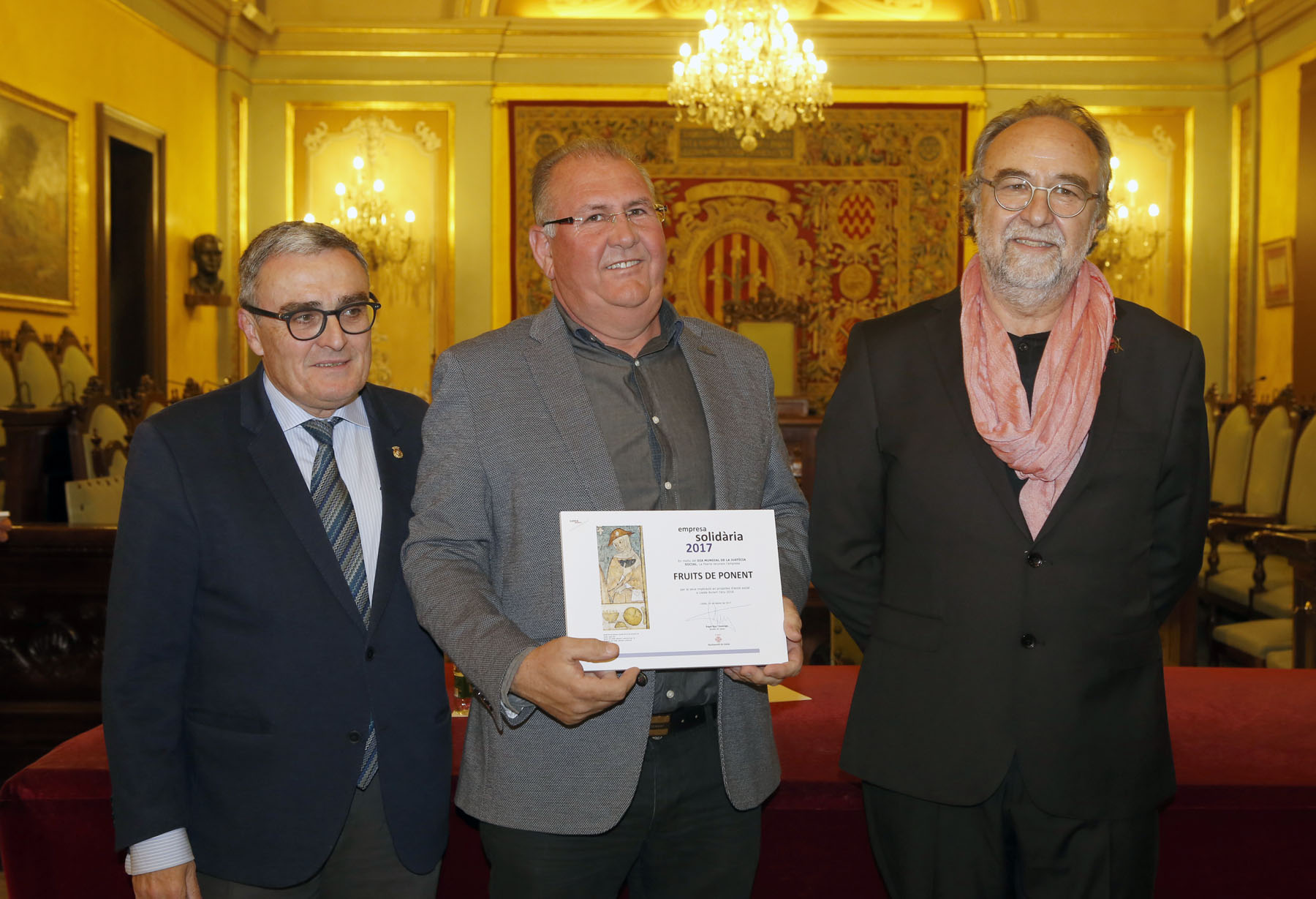 Fruits de Ponent, once again recognized as a Solidarity Company

Fruits de Ponent has received, yet another year, recognition as a Solidarity Company for the year 2016, a distinction delivered by the City Council of Lleida and proposed by third sector organizations. This year, the organization Salut Mental Ponent proposed the Cooperative Group as a Solidarity Company, given its involvement in charity and aid events for organizations working with disadvantaged groups. In 2016 the Cooperative Group collaborated with the World Mental Health Day, which was held in Lleida. It did so by providing fruit for hundreds of guests, with the aim of promoting this product as an ingredient for being healthy and the need for fruit to be incorporated into our daily diet.

Group chairman, Sebastià Escarp personally picked up the award from the mayor of Lleida, Àngel Ros.

Recall that in 2015 the Group also received this distinction proposed by the Red Cross organization of Lleida. 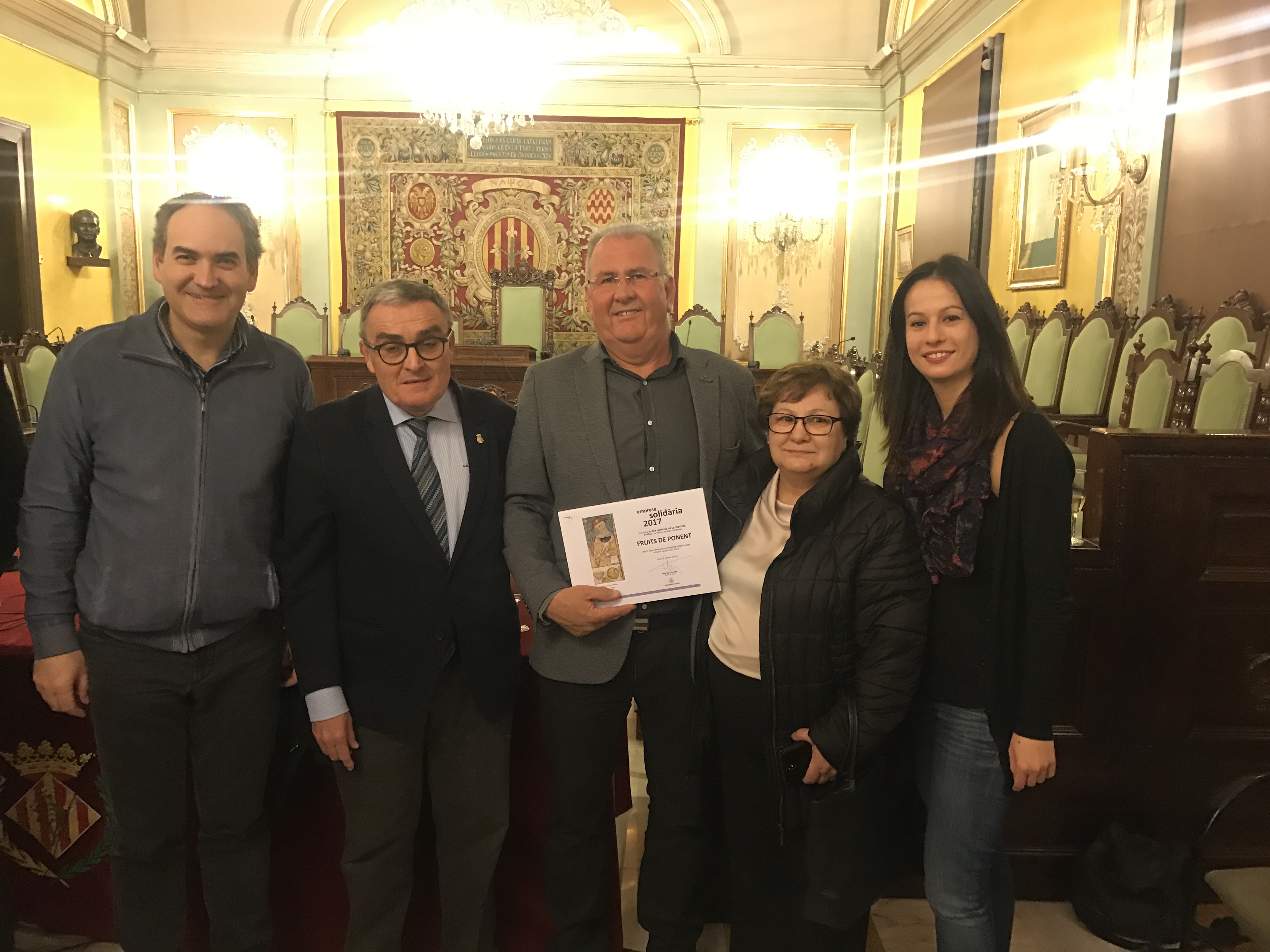