Fruits de Ponent, distinguished at the Fira de l'Oli with the award for best product design by Praedium KYLATT

The Fruits de Ponent Coopertive Group has closed its participation in the Fira de l'Oli Qualitat Verge Extra i les Garrigues with a very positive balance in all senses, also highlighting the fact that it has been distinguished with the award for best product design for Praedium KYLATT oil.

This special selection oil was one of the products that Fruits de Ponent, through Molí d'Alcanó, presented at the 59th edition of the fair, held in Les Borges Blanques throughout the weekend. The extra virgin oil L'Or de Ponent and the solidarity oil that was launched this year to support the Association Against Cancer in Lleida were also presented, as well as a sample of the 'Mediterranean Foods' product catalog from Fruits de Ponent, which includes nuts, olive oil, apple vinegar, olive pâté, etc.

In any case, the award should serve to make the quality of Molí d'Alcanó oil and Fruits de Ponent products even more visible. It should also be remembered that this is the fifth distinction received by the Praedium KYLATT oil in its two years of existence, and that without going any further, last year it was chosen as the best fruity green oil at the same exhibition.

Beyond this award, from the Cooperative Group a very positive balance has been made and with very good feelings of the presence in the Fira de l’oli, because aside from having been a showcase for its products, the event has also served to publicize and share the values of the Group, as well as all the work carried out by the partners.

Along these same lines, the visit of the President of the Parliament of Catalonia, Laura Borràs, to the Fruits de Ponent stand must also be framed, where she was received by a representation of the group headed by its president, Benjamí Ibars, and by the CEO, Josep Presseguer. A visit that was added to others received during the weekend, such as those of the Minister of Justice, Lourdes Ciuró; the Minister of Economy, Jaume Giró; the minister of Treball, Roger Torrent; the Minister of Social Rights, Violant Cervera; and the president of the PDO Les Garrigues, Enric Dalmau, among others.

But, how could it be otherwise, the group has especially appreciated the visit of individuals and professionals from the sector, who are the ones who give vitality to a Fira de l'Oli that this year has combined the face-to-face modality with the virtual format, and which, according to the organizers, has received 20,000 visitors, with an economic impact estimated at two million euros. One more year, therefore, the Fira has been the best space to present the novelties of the olive sector and give visibility to the agri-food products of the territory, with 100% occupancy and some eighty exhibitors, 30 of them linked to the oil sector of extra virgin quality, and 49 linked to the rest of the local agri-food industry. 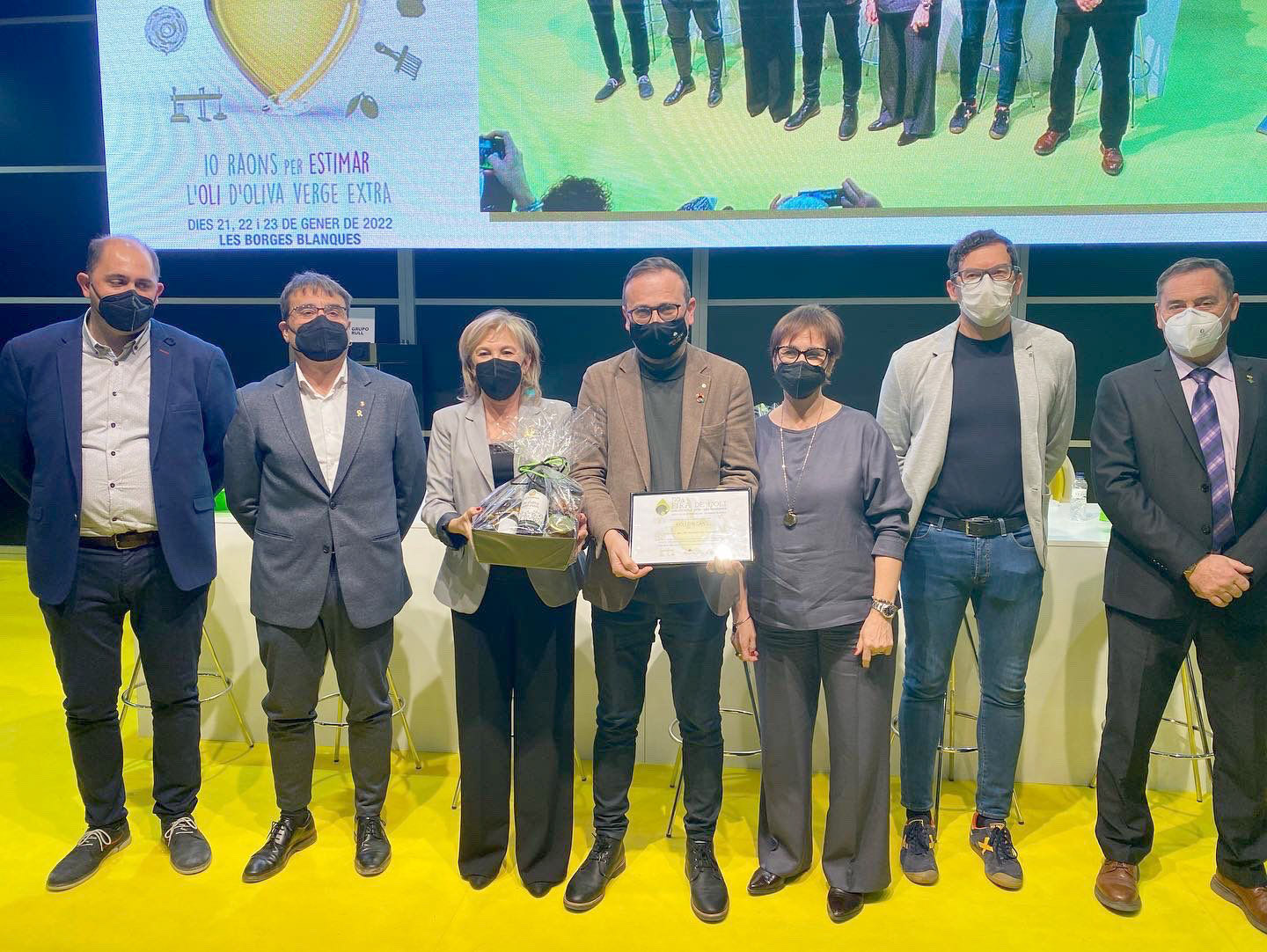