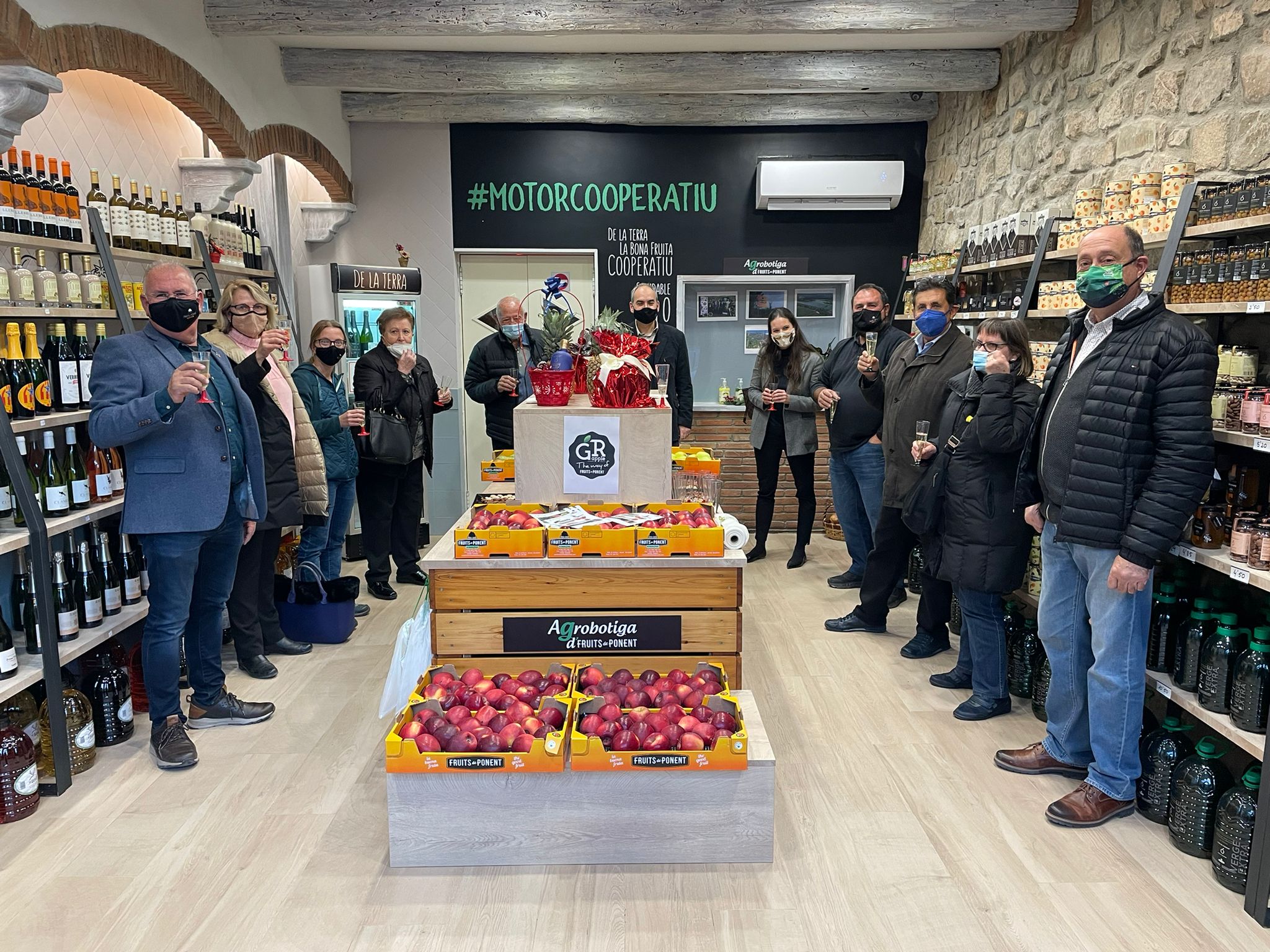 The Cooperative Group Fruits de Ponent has opened a new agroshop this Friday. It has done so in Ponts (la Noguera) through Agrària del Llobregós, a first-grade cooperative of the group based in Vilanova de l'Aguda / Ribelles that produces mountain apples.

Under the name of Agrobotiga de Fruits de Ponent, it is the third establishment of its kind in the group, after those it already has in Alcarràs and Alcanó. It is located in the center of the town, specifically at number 2 Seu d'Urgell street, which is the road that leads to Andorra, in a small premises of about 17 square meters.

With the opening of this space, they want to make the cooperative products of the group available to the Noguera region (such as L'Or de Ponent oil, Fruits de Ponent fruit, Llobregós Valley apples under the GR brand Apple and food from other cooperatives). The GR Apple apples, grown in fields owned by the members of the Llobregós Valley, bear this name to remind us of the 'GR' Path that passes through this valley. The establishment also wants to be a showcase in this area that is located halfway between the plain and the Pyrenees.

Yesterday, thursday, a previous inauguration was held in which, among others, the president of the Grup Cooperatiu Fruits de Ponent, Sebastià Escarp, representatives of the Agrària del Llobregós and the mayor of Ponts, Solés Carabassa, and the president of Agrària del Llobregós, Maria Casoliva, and members of this first-class cooperative. were present.

Today, the farm shop has already opened its doors to all customers in the region.