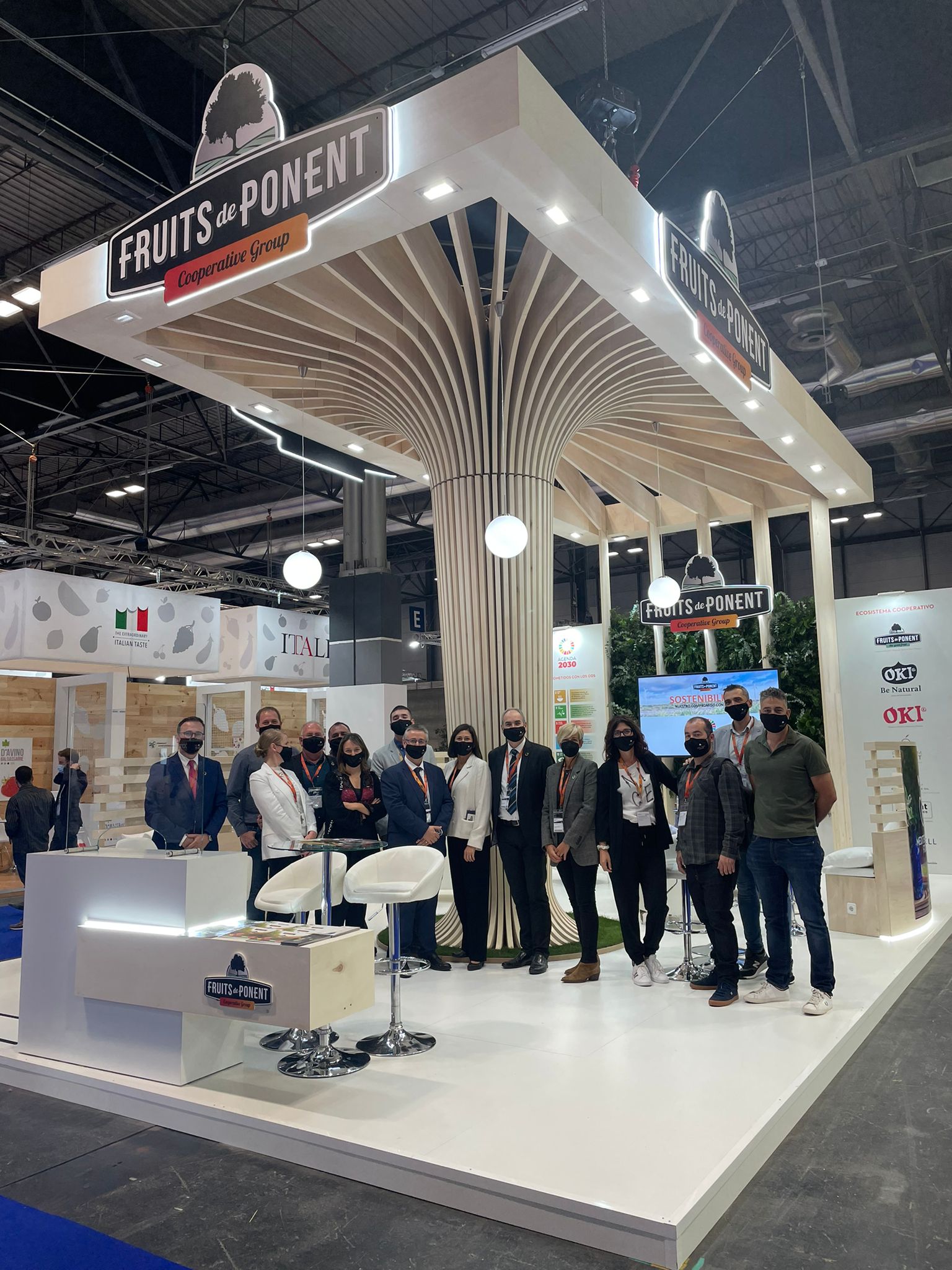 Fruits de Ponent Cooperative Group has closed with a very good sensations his participation in Fruit Attraction, the leading trade exhibition event for the fruit and vegetable sector, which has been held from Tuesday to today at IFEMA-Feria de Madrid.

It has been three days of intense activity at the Fruits de Ponent stand, whose managers have made a very positive balance of the experience and the work carried out in an edition of Fruit Attraction that has returned to the scene after last year's interruption due to pandemic.

In fact, Fruits de Ponent has always been present at this event which, in 2021, has brought together nearly 100,000 professional visitors, 2,000 participating companies, 140 countries and 18 sectors. It was also the first fair that the Cooperative Group attended in person since the beginning of the pandemic, with which it has turned to make everything go as smoothly as possible.

The axes on which the activity of Fruits de Ponent has pivoted at Fruit Attraction have been three. On the one hand, the reconnection of the fair has made it possible to reestablish, and in some cases open, contacts with clients from all over the world. They have also been quality visits and high-level meetings and encounters, with which, in this sense, this section has been passed with note.

Secondly, the new commercial portfolio has been presented, open to a wider range of Mediterranean products. Thus, Fruits de Ponent has placed special emphasis on projecting the new product catalog and especially the #MediterraneanFoods, a bet that complements the classic elements of its offer, such as fruit and natural juices, with new proposals, such as almond, extra virgin oil, apple cider vinegar and cereals. All of them have been integrated into a portfolio that has been presented to customers at Fruit Attraction and through different campaigns.

Finally, and as the third element on which the activity has pivoted, Fruits de Ponent has reaffirmed its commitment to cooperative DNA and, above all, to sustainability as an environmental, social and economic objective, according to which all the Activity that is generated from Fruits de Ponent must be beneficial for the planet and for people, all framed in the principles of the United Nations Global Compact and the deployment of the sustainable development goals (SDG) set by the 2030 Agenda.

In short, a very positive balance for the three days of Fruit Attraction, which have allowed the Cooperative Group Fruits de Ponent to once again be present in person at an event that is a must for all actors in the sector and return home with the satisfaction of having been able to carry out the entire agenda with which he arrived at IFEMA-Feria de Madrid.